For a limited time only, our first executive coaching session is FREE

Join the dozens of others by taking advantage of this FREE first meeting. 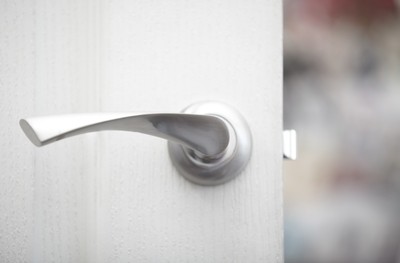 I remember vividly my first executive coaching session.  I was anxious as I walked up to the door of the meeting room, where my coach was meeting me. Anxious because I didn’t know what to expect or who was on the other side of the door. The door was slightly ajar, not open, not closed. I walked into the meeting room and met a charming lady, whom I had seen presenting a development programme some months earlier.  I really wasn’t sure why I was there or what to expect as I had been offered executive coaching as part of my job (this is actually quite a common occurrence, so don’t worry if that applies to you – if it doesn’t, fantastic as you have a clear area for your coaching sessions).

I had a great coach as my first coach, as I felt like we hit it off straight away.  Looking back now, she helped me understand what I would get out of coaching and how she could help me in a safe & confidential environment. I had no reason to be anxious as I opened the door, but it can be human nature to be anxious about new things and new people.

Now after many years coaching, I can see that the job of the coach is to help the client through the metaphorical door of coaching and welcome them into this new world, a world which is centered around them and their goals.

The headline is a bit deep and meaningful, and true. Reflecting back on my first session as a client, it was critical that I felt a connection and warmth with my coach – without it, I would struggle to feel comfortable in her company and I doubt whether I would share my dreams, frustrations, anxieties and the range of emotions that partly contribute to me being me.

The coaching buzzword here is rapport. Rapport at its most elemental is a warmth that comes from mutual respect & recognition. Respect & recognition from the client that the coach is capable of supporting the client in delivering their goals, and respect & recognition from the coach that the client is a human being with valid opinions, thoughts, experiences and emotions. There also needs to be a level of mutual emotional comfort, that I mean you no harm and you mean me no harm. And building rapport can take time, usually over a number of sessions, but at the very least there is hope of rapport from the first session.

Generally in the first session, the coach will take the lead in helping to generate rapport, starting with a short introduction into their interest and passion for executive coaching.  It may also take the form of giving a personal viewpoint of their life, including how they became an executive coach.  This is deliberate to demonstrate to the client that they are being open and that the coach trusts the client and that any trust is reciprocal.

Your coach may use a number of techniques to help build rapport, some of which might be similar to the “Logical Levels”, sometimes called Psychological Levels.  One technique I’ve used is to a conversation ladder, that starts with inconsequential quesions such as where they’re from and builds through their family & home, their education, their work, their achievements, their challenges, their interests and finally delving into their dreams. This gently eases both parties into feeling safe to share the next level of openness with each other.

If there is a lack of rapport, then the coaching sessions can feel like its just “going through the motions”, the drudgery of another task to do or a debate about different opinions rather than an open & frank dialogue focussed around a specific topic.

One quick thought… you can’t fake rapport! Millenia of human interactions has elevated our instinct to detect rapport “bullshit”. I’m sure you’ve met people and felt there’s something just not quite right here but not been able to put your finger on it despite all the positive interactions that are happening between you. Trust those instincts and if you don’t feel that you have connected with the coach, simply ask for a different coach – a good coach will be very understanding of the need for rapport and will ensure you find a coach with which you can build that rapport.

Be Clear On Your Coaching Focus

To get the most out of executive coaching you should be clear on the boundaries and topics to be addressed through your executive coaching sessions, in effect a contract between you and the coach, driven by the client, since you are the one paying for the service!

Gaining a strong level of understanding and focus for the coaching sessions is equally as important as building rapport. Even a coaching relationship with strong rapport but without the clear level of focus, will become a bit like “rent-a-mate” where it is more like friends discussing a range of topics, bouncing around chewing the fat and not progressing things for the client.

Generally, the coach will start the session by explaining the confidentiality rules governing the sessions, and start to share some thoughts & insights, helping to clarify exactly you want out of your coaching sessions. Don’t worry if, like my forst coaching session, you’re not quite clear on why you’re here or what you want to get out of coaching, your coach can help you.

If you’re not clear (and sometimes to help check the clarity on why you want coaching) your coach may undertake a number of questions and techniques to gain that clarity on why you want coaching and how your coach can help. The conversation will be around goals and a number of coaching techniques may be used to help you unlock what exactly it is that you want to achieve through coaching.

At the end of the first session perhaps into the second session you should definitely have a clear coaching contract – what success looks like, who is going to do what, by when, and the boundaries of both parties. If you haven’t got that, feel free to ask your coach for more clarity and expect that they

Your coaching clarity will probably evolve over time as your levels of self-awareness build – that’s quite normal. I usually think of  a long term coaching relationship being a series of smaller coaching contracts with a stong ongoing level of rapport.